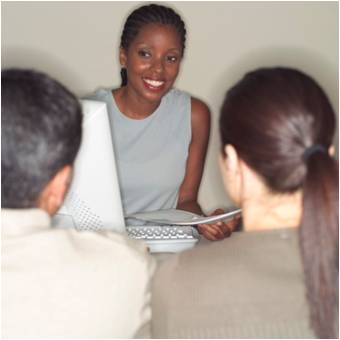 What is Langerhans Cell Histiocytosis (LCH)
Langerhans Cell Histiocytosis (LCH) is the most common of the histiocytic disorders and occurs when the body accumulates too many immature Langerhans cells, a subset of the larger family of cells known as histiocytes. Langerhans cells are a type of white blood cell that normally help the body fight infection. In LCH, too many Langerhans cells are produced and build up in certain parts of the body where they can form tumours or damage organs. Most data support the concept that LCH is a diverse disease characterized by a clonal growth of immature Langerhans cells, that in more than half the cases have a mutation called V600E of the BRAF gene and related mutations in some other cases. V600E is found in tumours such as melanoma and thyroid cancer.

There has been some controversy about whether LCH is a cancer, but it is classified as such, and sometimes requires treatment with chemotherapy is not a fully developed malignant cancer. It is not contagious, nor is it believed to be inherited.

LCH is an unusual condition. It has some characteristics of cancer but, unlike almost every other cancer, it may spontaneously resolve in some patients while being life-threatening in others. LCH is classified as a cancer and sometimes requires treatment with chemotherapy. LCH patients can therefore be treated by cancer specialists (oncologists/ haematologists).

The vast majority of patients will recover completely from LCH.

Histiocytosis was first described in the medical literature in the mid to late 1800s. Through the years, it has been known by various names, such as histiocytosis-X, eosinophilic granuloma, Abt-Letterer-Siwe disease, Hashimoto-Pritzger disease, and Hand-Schüller-Christian syndrome. In 1973, the name Langerhans Cell Histiocytosis (LCH) was introduced. This name was agreed upon to recognize the central role of the Langerhans cell.

Although some forms of this disease were first described over a century ago, it has only been in recent years that LCH has received more attention, especially in adults.
It is estimated that LCH occurs in 1-2 adults per million people but no large scale studies on the incidence have been performed. It is important to remember that there are still many undiagnosed/misdiagnosed patients. The length of time from presenting symptoms to diagnosis can be years, which emphasizes the importance of finding a physician who is knowledgeable about this disease.

It is estimated that 63% of adults with LCH have lung-only disease, pulmonary Langerhans Cell Histiocytosis (PLCH), although it can also occur with other involvement, such as bone, skin or diabetes insipidus. Although the cause is unknown, it is believed that 90-95% of adults with this disease are past or current smokers, suggesting that smoking is related. It has also been reported that children with LCH in organs other than the lungs who acquire the habit of cigarette smoking in adulthood may develop PLCH, sometimes years after the initial diagnosis.
There are no known environmental risk factors associated with LCH, with the exception of cigarette smoking in lung disease.

LCH can be systemic, and most often an oncologist/haematologist takes the main role in treating patients. However, since LCH can affect so many areas of the body, sometimes a team approach may be appropriate, and the oncologist may enlist the help of specialists such as surgeons, respiratory physicians (lung), dermatologists (skin), dentists or endocrinologists (diabetes/hormones) to give their input.

Most patients will survive the disease. Some will remain symptom free, while others may develop life-long problems. In some cases, especially those that are not treated and/or followed closely, the disease may become life threatening. See FAQ to read more about Permanent Consequences and Late Effects of LCH.

The patient’s chances of survival and a good quality of life depend on the individual case, but research has suggested that the course is less favourable for elderly patients, those with multiple locations of disease and those who may have risk-organ (lungs, liver, spleen, bone marrow) involvement. Limited involvement can also become serious, depending on the particular sites involved, how quickly the disease continues to progress and the patient’s response to treatment.

Most data support the concept that LCH is a diverse disease characterized by a clonal growth of immature Langerhans cells, that in more than half the cases have a mutation called V600E of the BRAF gene and related mutations in some other cases. V600E is found in tumours such as melanoma and thyroid cancer so LCH is related to cancer but is not a fully developed malignant cancer. It is not contagious, nor is it believed to be inherited.