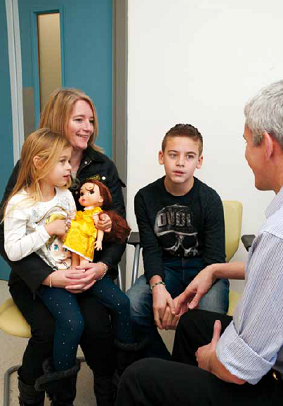 What is Histiocytosis?
Histiocytic Disorders and Rare Diseases – together we will find a cure!

Histiocytosis is an umbrella term applied to a group of rare diseases, characterised by increased numbers of white blood cells called histiocytes in the blood and tissues. In all forms of histiocytosis, these cells, which are part of the protective immune system, begin to attack the body, targeting many organs of the body including the bone marrow, liver, spleen, lungs, skin, bone and brain. The prognosis for patients varies greatly depending on the form of histiocytosis.

There are two main groups.
The first group is called a dendritic cell disorder, and the most common disease in this group is Langerhans Cell Histiocytosis (LCH) previously known as Histiocytosis X. Also included in this group are more rare diseases, juvenile xanthogranuloma (JXG) and Erdheim-Chester Disease (ECD).

Langerhans Cell Histiocytosis, LCH for short, histiocytes called Langerhans cells, which are normally found in the skin, may spread to many organs and damage them, so that the symptoms vary depending on which organs are affected, but skin rashes, destruction of bone, breathing problems and damage to the brain are common.

LCH occurs in children, often during infancy but also in adults. It is usually a chronic disease and may cause severe disabilities due to brain damage. The diagnosis is made by microscopic examination of a tissue specimen obtained by biopsy. The prognosis depends very much on the extent of disease and organs affected, which can be assessed by imaging studies. LCH is thought to be caused by alterations in the DNA of Langerhans cells.

Haemophagocytic Lymphohistiocytosis HLH for short. In this disease a virus infection triggers another type of histiocyte, the macrophage, to become over active and attack the body. Red blood cells and other white blood cells are engulfed and destroyed by the macrophages, so that the patient is unable to fight infections.

Patients therefore suffer from high fevers, may become anaemic and often have skin rashes, as well as symptoms due to the infecting virus. HLH is an acute and life threatening disease. It frequently occurs in childhood but may occur at any age. 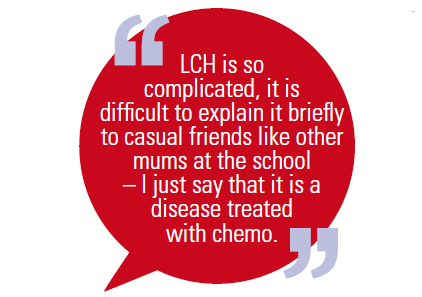 Diagnosis depends on detection of the infecting organism and demonstration of macrophages engulfing other cells as well as other abnormalities of white blood cells, usually in sample of bone marrow. In familial forms of HLH, abnormal genes, which alter white blood cell function, are passed from the parents to children.

Rarer Forms – there are other even rarer forms of histocytosis related to both LCH and HLH and very rarely malignant histiocytosis occurs, which is a leukaemia-like disease of histiocytes.