HLH in adults and young people 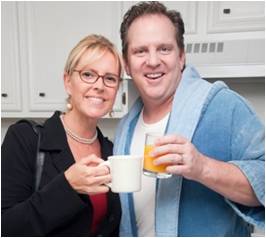 HLH – Adults & Young People
Being told you have Haemophagocytic Lymphohistiocytosis (HLH), can leave you feeling shocked, upset and very isolated. There are so many questions to be answered and so many feelings to deal with, here we try to answer some of the questions you may have.

Doctors and scientists often call it an ‘orphan’ disease because it is so rare. As a result, research into why it happens and how it can best be treated has been limited.

How does HLH affect patients?
Some patients have no symptoms at all and the disease is found ‘by accident’ when they are investigated for something unrelated.
Although it is possible for HLH to affect people in many different ways it is not uncommon for HLH patients to appear well – this can make the diagnosis even harder to take in.

It is sometimes difficult to establish the diagnosis of Haemophagocytic Lymphohistiocytosis (HLH), and the combination of the physical symptoms and certain laboratory tests is required. (Note: The understanding of the pathology underlying HLH/FHL disease is evolving, and recommended “diagnostic” criteria are likely to be revised in the future.)