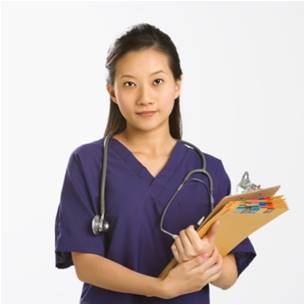 Haemophagocytic Lymphohistiocytosis (HLH) is a rare disorder of the immune system primarily affecting young infants and children, although it can develop for the first time at any age. According to a large, population-based study published in Sweden, it was estimated to occur in 1.2 cases per million children, which corresponds to 1 in 50,000 births. However, this number must be considered minimal, as there are probably many patients today who are not diagnosed. For the autosomal-recessive forms of HLH (FHL), there is believed to be an equal number of male and female patients, but in addition, there are two known X-linked forms of FHL, affecting only males.

HLH involves over-production and activation of white blood cells called histiocytes and T cells, which normally combat infection. In contrast, often NK (natural killer) cell function is decreased. Decreased NK function is related to the consequence of genetic mutations which cause HLH. HLH is often referred to as either the “primary” form which is hereditary, or the “secondary” form associated with infections, viruses, autoimmune diseases, and malignancies (or cancers).

In the primary form, also known as Familial Haemophagocytic Lymphohistiocytosis (FHL or FHLH), defective genes are inherited from either both parents (autosomal recessive) or from the mother alone. In the latter case, the disease is called X-linked and only male children are affected. Since 1999, five genes have been identified which correspond with five subtypes of autosomal recessive HLH. The genes are PRF1 (perforin), MUNC13-4, STX11 (Syntaxin), STXBP2, and RAB27A. PRF1 encodes the protein (or toxin) normally involved in “killing” or eliminating abnormal immune cells. The proteins encoded by the other four genes facilitate the delivery of perforin to the cells which are to be killed. XIAP/BIRC4 mutations can also be considered as a cause of familial HLH.

While great progress has been made through research in recent years to define these genes, there remains a considerable proportion of FHL patients with as yet unknown underlying gene defects.

Onset of disease occurs under the age of 1 year in an estimated 70% of cases. FHL is suspected if siblings are diagnosed with HLH or if symptoms recur when therapy has been stopped. In the autosomal recessive form of the disease, each full sibling of a child with FHL has a 25% chance of developing the disease, a 50% chance of carrying one copy of the defective gene (which is very rarely associated with any risk of disease), and a 25% chance of not being affected and not carrying the gene defect. In the X-linked form of the disease 50% of male children will carry the defective gene and may develop disease. Fifty % of female children also carry the defective gene and may transmit it to their children but do not develop disease because they inherit a normal copy of the gene from their father.

So-called “secondary HLH” is often diagnosed in older patients who have no family history of this disease. It may be associated with viral infections as well as other underlying diseases, principally autoimmune disorders and cancers, as mentioned previously.

It is difficult to know whether a patient has primary or secondary HLH on the basis of symptoms, which may be very similar. Therefore, genetic testing is usually recommended in order to make the proper diagnosis, regardless of age.

As awareness and understanding of this disease have increased worldwide, the diagnosis and survival rates have improved significantly. However, HLH remains a rapidly progressive disease requiring effective immunosuppressive and anti-inflammatory therapy.

Why Do These Conditions Result in HLH?

The T cells and NK cells in patients with primary / familial HLH cannot kill virus-infected or other abnormal cells in the patient’s body like they normally would. T cells and NK cells normally do this by secreting signals into targeted abnormal cells.
The proteins made by the MUNC 13-4, STXBP2, STX11, Rab27a and LYST genes work like the machinery of a conveyor belt, and are responsible for the secretion of the signals out of T cells and NK cells. The PRF1 gene makes a protein called perforin. It works like a key, and allows the secreted death signals to enter inside a targeted abnormal cell, where the death signals can work.
SH2D1A is responsible for a more specialized mechanism, and also controls how the T cells themselves die. It is not yet entirely clear why XIAP / BIRC4 mutations cause HLH.

Diagnosis and Treatment
It is sometimes difficult to establish the diagnosis of Haemophagocytic Lymphohistiocytosis (HLH), and the combination of the physical symptoms and certain laboratory tests is required. (Note: The understanding of the pathology underlying HLH/FHL disease is evolving, and recommended “diagnostic” criteria are likely to be revised in the future.)

In 1994, as a result of an international cooperative effort, the first treatment protocol for patients with HLH/FHL was designed. This included a combination of chemotherapy, immunotherapy and steroids, as well as antibiotics and antiviral drugs, followed by a stem-cell transplant in patients with persistent or recurring HLH or those with FHL. The HLH-2004 protocol was based on the HLH-94 protocol with minor changes such as cyclosporin, an immunosuppressant drug, being started at the onset of therapy rather than week #8. This protocol has been widely accepted internationally and is used in numerous countries on all continents but should still be considered experimental.

Secondary HLH may resolve spontaneously or after treatment of the underlying disease, without the use of chemotherapy. Therefore treatment should be guided in part by the severity of the condition, as well as the cause of the disease.

FHL, however, when not treated, is usually rapidly fatal with an average historical survival of about 2 months. The treatment included in the HLH-2004 research protocol is intended to achieve stability of the disease symptoms so that a patient can then receive a stem-cell transplant, which is necessary for a cure.

In recent years, some transplant centers have adopted the use of reduced intensity conditioning (or “RIC”) to prepare for the stem cell transplant. This approach offers the possibility of better survival with stem cell transplant than the intensive chemotherapy protocols previously used.
As research continues, the outcome for patients with HLH/FHL has improved greatly in recent years. Approximately two-thirds of children with HLH who undergo transplantation can expect to be cured of their disease. However, there are a number of complications that can occur during the process of transplant, including severe inflammatory reactions, anemia, and graft-versus-host disease.

Long-term follow-up of survivors of transplants for HLH/FHL indicates that most return to a normal or near-normal quality of life. The results of transplantation are generally better when the procedure is performed at a major transplant center where the doctors are familiar with this disease. Early and accurate diagnosis is essential. However, there is still a high rate of death, indicating that education of the medical community regarding prompt diagnosis and management of the diseases is required.