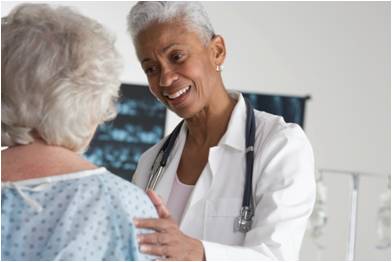 Erdheim-Chester disease is a rare form of non-Langerhans-Cell Histiocytosis. It involves the excessive production of histiocytes, which are a type of white blood cell. These cells, which normally help fight infection and injury, then gather in different organs and tissues and can result in a variety of symptoms, including organ failure.

Erdheim-Chester is a disease that most often becomes apparent in middle age, with an average age at onset of 53 years. It can affect men and women. The rate of occurrence is not known, although it is believed to be under-diagnosed and/or misdiagnosed.

At the present time, it is not categorized as a cancer, immune disorder, or infection. It is not believed to be contagious or hereditary. The cause is not known although some cases have the BRAF V600E mutation also found in LCH and cancers such as melanoma and thyroid cancer.

The first two cases of ECD were reported by scientists Jakob Erdheim and William Chester in 1930. In 1972, Dr. Ronald Jaffe reported a third case and coined the name Erdheim-Chester disease (ECD).

This disease mostly affects long bones (arms and legs), but it can occur in the tissues behind the eyeballs, kidney, skin, brain, lung, heart, pituitary gland, and a part of the posterior abdominal wall called the retro peritoneum. Erdheim-Chester is sometimes mistaken for Langerhans Cell Histiocytosis. However, a biopsy of the affected tissue differs in a number of ways from LCH and can establish a definite diagnosis. The cells in ECD stain for the same proteins as Juvenile Xanthogranuloma (JXG) but the clinical presentation and age is different. The symptoms and course of the disease depend on the location and extent of the involvement of the internal organs (i.e. the disease outside the bones).

Because this is a very rare disease, no large studies have been performed, and no treatment plan has been established that is widely accepted. However, various treatments have been used with limited success. These include steroids, immunotherapy (treatment to restore the ability of the immune system such as interferon), chemotherapy to control the over-production of cells, the use of high-energy rays (radiation therapy), and/or surgery. Some patients with the BRAF V600E have been treated with Vemurafenib, which targets this mutation. While these treatments may control the symptoms and growth of the disease, there is no known “cure.”

Erdheim Chester can be life-threatening with complications such as heart failure, severe damage to the lungs, and kidney failure. However, with treatment, there are patients who are able to live a near-normal life.