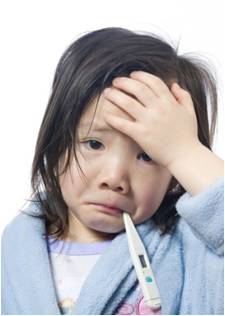 Juvenile xanthogranuloma, also known as JXG, is a rare, non-Langerhans-Cell Histiocytosis that is usually benign and self-limiting. It occurs most often in the skin of the head, neck, and trunk but can also occur in the arms, legs, feet, and buttocks. JXG can affect the eye, most commonly in young children with multiple skin lesions. Less commonly JXG may involve locations such as the lung, liver, adrenal gland, appendix, bones, bone marrow, pituitary gland, central nervous system, kidney, heart, small and large intestines, and spleen.

JXG involves the over-production of a kind of histiocyte called a dendritic cell (not a macrophage). These cells then accumulate and lead to various symptoms, depending on location. The cause of this disease is not known.

This disease may have been first reported by Rudolf Virchow in 1871 and again in 1905 by H.G. Adamson. In 1954, it was named juvenile xanthogranuloma to reflect the appearance of the cells under a microscope.

JXG mainly affects infants and small children with an average age of 2 years, although it can also occur in adults of all ages. Usually it presents as a single skin lesion, which varies in size, but children less than 6 months of age are more likely to have multiple lesions. It occurs at birth in about 10% of patients and more males are affected than females. When JXG occurs in adults, it tends to be more complicated and is not known to spontaneously improve. The total number of patients with JXG is not known, but it may be higher than reported since this disease is sometimes misdiagnosed or may spontaneously improve in children.

Skin lesions are self-limited and rarely require treatment in most patients. Those with large abdominal masses, liver, bone marrow, or central nervous system involvement may do well with treatment such as chemotherapy similar to that used for Langerhans Cell Histiocytosis. Because this disease is so rare, no large studies have been performed, and there is no established, proven treatment for the more complicated cases.

This disease may have been first reported by Rudolf Virchow in 1871 and again in 1905 by H.G. Adamson. In 1954, it was named juvenile xanthogranuloma to reflect the appearance of the cells under a microscope.