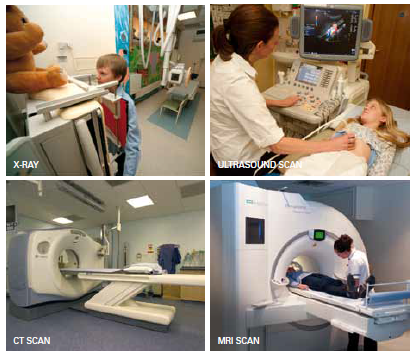 1. What causes LCH?
The cause of LCH is unknown. In recent years, it has become apparent that LCH cells carry one of a range of mutations (e.g. BRAF V600E, MAP2K) that causes these dendritic cells to act in an abnormal way, causing LCH. It is not yet clear why and how this mutation occurs, but this discovery provides us with potential targets for new experimental therapies. These mutations are not present in the cells of the rest of the body and are therefore not passed on in families

2. Is there a cure for LCH?
While some patients go into remission and may live normal lives with or without treatment, we usually don’t use the term “cure” with this disease. No specific amount of time without active disease has yet been established for adults to determine when a patient is considered to be cured.

3. What is considered to be remission?
Complete remission means that there is no evidence of disease, whereas partial remission means that most of the signs and symptoms of LCH are gone, but some still remain. Doctors use the term response and “non-active” to describe patients who are free of symptoms and signs of LCH. Usually a cure is linked to being in remission for a certain period of time. There is no established period of “non-active” disease before LCH is considered cured, but the chance for recurrence is low after five years from end of treatment.

4. Where did LCH get its name?
In 1868, the German pathologist Paul Langerhans discovered a type of white blood cell which eventually came to bear his name. The various manifestations of LCH were previously known by a number of different names (histiocytosis-X, eosinophilic granuloma, Letterer-Siwe disease, Hand-Schüller-Christian syndrome, etc.). In 1983, it was suggested that this disorder be named “Langerhans cell histiocytosis,” to recognize the key role of the Langerhans cell in all of the different manifestations.

5. Is LCH fatal?
It can be. A small percentage of patients, most often those with multisystem risk-organ involvement that is unresponsive to treatment, may not survive.

6. What are the different therapies/treatments commonly used to treat LCH?
Treatment is based upon the organ(s) involved, extent of disease and age of the patient. In some cases, no treatment is necessary. Others may respond to surgical removal, steroids, or anti-inflammatory drugs (NSAIDs). Low-dose radiation is helpful in some situations, but should be carefully used in children. There are patients who require chemotherapy such as vinblastine, vincristine, etoposide (VP-16), methotrexate, cytosine-arabinoside (Ara-C), and/or 6-MP. In patients with severe disease that does not respond to initial treatment, stronger chemotherapy combinations may be used. Ultraviolet light (PUVA) may be helpful for limited skin disease. In very rare instances, a transplant of the liver, lung, or bone marrow may be necessary.

7. Can an infant be tested at birth for LCH?
A biopsy of the affected tissue, rather than a blood test, is required for diagnosis and would therefore not be appropriate as a routine test unless this disease is suspected.

8. Is LCH hereditary?
Although there are rare families (less than 2% of all cases) documented with more than one member diagnosed with LCH, at this point, there is no clear evidence that this disease is inherited.

9. Signs,Symptoms & can LCH spread?
The symptoms of LCH will depend on which part of the body is affected and whether the disease is affecting more than one part of the body. The lymph glands may be enlarged, and the child may be irritable and have a poor appetite.
Pain in the bone and/or swelling and lumps on the skull can occur if LCH is affecting the bone. A skin rash such as cradle cap or nappy rash may occur if the skin is affected. A discharge from the ear or hearing problems can occur if the ear is affected. The child may have breathing difficulties if LCH affects the lungs or chest. Tummy problems such as diarrhoea and liver problems including jaundice can occur if LCH affects the gut or liver.
In 10–20% of patients with multi-system disease, the pituitary gland at the base of the brain is affected, causing hormonal problems. This can lead to the child passing larger amounts of urine and being very thirsty. This is called diabetes insipidus, which is different from sugar diabetes and can be well-controlled with specific medicines. Occasionally, other pituitary hormones may be affected, causing poor growth or delayed puberty, which can also be treated.

The exact mechanism that causes lesions to appear in other locations in the body is not yet known. However, some researchers believe that abnormal LCH cells travel through the blood like tumor cells and “seed” in different locations, creating new lesions.

10. How is LCH diagnosed?
A variety of tests and investigations may be needed to diagnose LCH. Tests are likely to include the removal of a sample of cells from an affected part of the body (a biopsy). This is usually done in an operation under a general anaesthetic. The cells are then examined under a microscope. X-rays are taken of the bones, the skull and the lungs. Blood and urine tests will also be done. Additional scans and tests may be required depending on which parts of your child’s body is affected. These tests help the doctors decide whether the disease is a single-system or multi system type.
When your child is having the tests, they may need to stay in hospital. Any tests and investigations that your child needs will be explained to you.

11. Is it true that LCH is mostly a childhood disease?
Not necessarily. Although we do know the incidence of childhood LCH, there is not enough data to determine how many adults are affected by this disease but because it is considered a childhood disease it is under diagnosed in adults.

12. With the diagnosis and treatment of LCH, is my child more likely to develop cancer?
Although this occurs rarely, LCH is associated with cancer more often than would be expected by chance. This can occur before, during, or after the diagnosis of LCH. Some cancers following the LCH diagnosis might be related to the treatments given. When cancer occurs before LCH, the histiocytosis might represent a “reaction” to the cancer itself.

13. What are permanent consequences of LCH?
Permanent consequences are also known as late effects of LCH, although they can occur early on. They are believed to be mostly related to the disease rather than treatment and include:
a. Diabetes Insipidus
b. Stunted growth
c. Bone abnormalities
d. Hearing loss
e. Neurological problems, including poor coordination, unsteadiness, difficulty with handwriting, abnormal eye movements, problems with speech, learning disabilities/decreased school performance, memory loss, and behavior difficulties.
f. Loss of teeth.
g. Loss of spinal height
h. Delayed puberty
i. Bulging eyes.
j. Scarring of lungs
k. Scarring of liver/cirrhosis
l. Secondary cancers

17. What is “PLCH?”
PLCH (pulmonary Langerhans Cell Histiocytosis) is LCH of the lung. It affects mostly adults who smoke and often occurs without other LCH involvement.

18. What kind of doctor should we use?
A pediatric oncologist most often provides primary treatment and coordinates a team of health professionals, which may include, but are not limited to, the primary care physician, pediatric surgeon, radiologist, pediatric nurses, and social workers.

19. What should I look for in a doctor?
LCH is most often followed and treated by an oncologist, who specializes in cancer-type illnesses. The level of experience with LCH can vary widely among physicians. If he/she is not knowledgeable about this disease, a willingness to learn more and consult with the experts can go a long way. Other qualities to look for are accessibility and good communication skills with you, as well as other physicians.

22. Is growth hormone treatment safe?
Growth hormone replacement appears to be safe and effective in LCH patients and is not associated with an increased risk of disease reactivation.

23. Are immunizations safe?
This is a controversial topic. Most researchers believe that children should wait 3-6 months after chemotherapy and/or steroids to take regular vaccinations, especially live-virus vaccinations such as influenza, MMR, and polio. There is no proof that vaccinations trigger LCH. It is important to consult with your physician regarding your child’s particular case.

24. What type of LCH involvement puts my child at higher risk for developing Diabetes Insipidus?
CNS risk lesions have been identified as lesions affecting the facial bones or the front or side(s) of the skull. These include the temporal (around the temples), sphenoidal (behind the sinuses), ethmoidal (between the eyes), zygomatic (cheekbone), and orbital (eye socket) bone with tumor extension into the brain. Involvement of these bones increases the risk of developing Diabetes Insipidus, which is the hallmark of CNS disease.

25. What are the chances my child will develop diabetes insipidus?
DI occurs in as many as 25% of all patients and as many as 50% of patients with multisystem LCH.

26. What are risk organs?
Risk organs include bone marrow, spleen, and liver and are more difficult to treat than other sites of involvement with LCH.

27. Follow-up care and What happens if my child has a recurrence or does not respond to treatment?
It is important to know that the vast majority of children will recover completely from LCH.
Some children however, are left with persistent/recurring problems and for a very small number of patients with multi-system LCH, it can be a life-threatening condition. After successfully completing treatment, patients will have follow-up clinic appointments. LCH sometimes comes back (‘reactivates’) and may need treatment again. If this happens, treatments for LCH that have worked for them before may be effective again. The same or different treatment may then be required. Patients are also monitored for possible permanent consequences of the disease (e.g. a low production of certain hormones, hearing problems) and may need treatment for these conditions.

If you have specific concerns about your child’s condition and treatment, it’s best to discuss them with your child’s specialist medical team who know the situation in detail.

If disease recurs after treatment, repeat of the same chemotherapy is often used but will depend on which organs are involved and the length of time since previous treatment. If LCH recurs immediately after therapy or does not improve with therapy, alternative treatment such as 2CdA, Ara-C, vincristine, methotrexate, or bisphosphonates may be used. Rare cases of risk-organ disease that is progressive and not responsive to treatment may require a RIC stem-cell transplant.

28. What is reduced-intensity conditioning (RIC)?
Reduced-intensity conditioning is a less toxic pre-transplant therapy with the goal of suppressing the patient’s immune system enough so that it will accept donor stem cells while reducing the side effects of high dose chemotherapy The RIC may be used in some HLH patients, as well as some LCH patients with severe, resistant disease.
Please be advised that all the information you read here is not a replacement for the advice you will get from your consultant and their team.