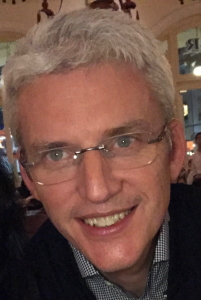 Johann Visser, who sadly died on the 20th December 2020, was a consultant Paediatric Oncologist in Leicester and then Cambridge. Johann was a modest and gentle man and a dedicated and caring clinician, who made an enormous contribution to treatment of Langerhans Cell Histiocytosis (LCH) in the UK and world-wide.

He became a trustee of Histiocytosis UK in 2014 having previously served on the Board of Trustees at the Histiocytosis Research Trust. Johann contributed hugely to the Trust’s activities with excellent, common-sense advice. He also played a major role in preparing the information booklet on Paediatric LCH that Histio UK distributes to doctors throughout the UK and in preparing material for the Histio UK website

He worked tirelessly to improve the treatment of histiocytosis patients in the UK, setting up and running the national Histiocytosis Advisory Group. This is a computer-based forum for doctors treating histiocytosis patients. Any doctor needing advice can discuss a patient with doctors who are experts in histiocytosis, including of course Johann, at fortnightly “meetings”. His clinical insight and advice will be desperately missed by everyone in the UK, who treats histiocytosis patients. Johann was also the lead investigator in the UK for the LCH IV international clinical trial. Because LCH is such a rare disease, such international trials are the only way in which new treatments can be properly assessed on enough patients to obtain reliable data. Running the trials is a laborious and time-consuming duty that Johann took on to the great benefit of all LCH patients. Recently kinase inhibitors, drugs such as Vemurafenib, that target the mutations in LCH have been developed and have raised the hope that they might revolutionise treatment of the disease. However, the introduction of any new therapy must be carefully assessed in clinical trials. Johann took part in the first international clinical trials of kinase inhibitor therapy in children, showing that these drugs may have a useful role in treatment of the disease and can be safely administered to children.

Johann will be sorely missed by friends and colleagues throughout the UK and the international community of clinicians and scientists, who work on histiocytoses. It is a tragedy that such respected and influential figure has been taken from us at the early age of 52 years and the thoughts of everyone who knew him will be with his family at this terrible time.